The Struwwelpeter or Merry Stories and Funny Pictures (HD)

„Der Struwwelpeter“ is regarded as the most successful German children’s book ever and has been translated into many languages.

In 1844, the doctor Heinrich Hoffmann tried to find a picture book that he could give to his three-year-old son Carl for Christmas. Unfortunately (or fortunately for the reader) he found nothing that seemed appropriate for a child of Carl’s age.

Instead, Hoffmann bought an empty notebook and decided to draw a picture book for his son himself.

The original manuscript is exhibited in the German National Museum. Soon after the first edition, the children’s book was translated into many languages. There were also parodies or politicizing rewritings early on. From the very beginning, the subject of raising children split the readership and provoked a critical discourse.

By the time copyright became free in 1925, more than 540 editions had appeared. The classic English translation is by Mark Twain.

O waly me! O waly me!
Just such a boy I ne’er did see.
He caught the flies, poor helpless things,
Made hoppers of them, minus wings.
He killed the birds, where’er he could,
And catless made the neighborhood;
And worst of all that he did do,
He banged the housemaid black and blue. 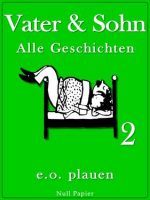 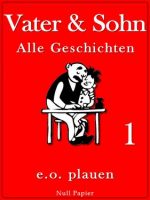 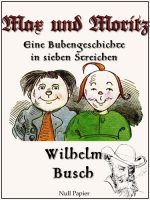 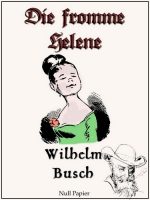 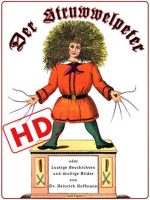